Why Holiday in Tanzania? 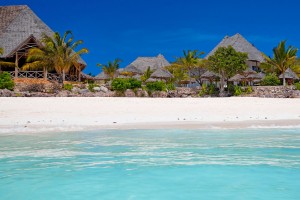 Tanzania is simply the finest country in Africa, and it’s not just us that thinks so! It’s among the four most naturally diverse nations on earth. Visitors can enjoy stunning palm fringed beaches, beautiful coral, the highest mountain in Africa, the world’s largest inactive and intact volcanic caldera and superb wilderness areas teeming with wildlife.

Popular destinations within Tanzania include the tropical island of Zanzibar, the magnificent Mount Kilimanjaro and the Serengeti National Park.  We also recommend the Selous Game Reserve – a UNESCO World Heritage Centre larger than Switzerland, the Mnazi Bay Ruvuma Estuary Marine Park – stunning coast with outstanding snorkelling and diving, and the magnificent ruins at Kilwa Kisiwani – a UNESCO World Heritage Site.

Zanzibar is located to the north of Dar es Salaam and famous for its
beaches and spice trade. In particular cloves, nutmeg, cinnamon and
black pepper which are still grown on the island today. 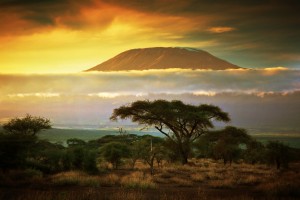 Mount Kilimanjaro is also in the north of the country, and is literally, a huge tourist attraction, with many visitors attempting to climb its 5,895 meters (19,336 feet). Its snowy peak is the highest in the African continent and it’s also the tallest free standing mountain in the world. Ascending its slopes will take the climber through a climatic world tour from the humid tropics to the freezing Arctic.

The Serengeti National Park is inland in the north of the country. The nearest town with an airport is Arusha. This park is populated by the ‘big five’ (elephant, lion, leopard, buffalo, rhino) and many more African species. The famous annual migration of wildebeest and other bovids is a sight to behold and one that attracts a large number of
spectators each year. 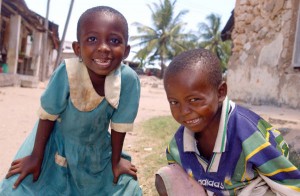 However, its greatest assets are its people, who have a wonderfully friendly attitude to visitors. There are 128 officially recognised tribal groupings, none of which comprise more than 5% of the population. There are none of the tensions present in many African countries and the government is a stable multi-party democracy. Unusually for Africans, Tanzanians are proud of both their tribe and their nation, so have a peaceful dual identity. The widespread use of English and Kiswahili is also a unifying factor.